6 Things You Need To Know About Ukulele Arpeggios

Have you ever heard of arpeggios? Maybe you have but you aren’t quite sure what they are. Do you know why you should learn about them? Well, look no further. On this page, we are going to explain the 6 things that you need to know about ukulele arpeggios. We will even teach you how to say it!

An arpeggio (ar-PEH-jee-oh) is also known as a broken chord. When you play an arpeggio, the individual notes of a chord are played sequentially in ascending or descending order, usually spanning an octave. This means that strings are plucked one at a time rather than strummed in one fluid motion.

2. How is an arpeggio different from a scale?

Arpeggios and scales are similar because notes are played individually, and in sequential order. However, they are different because arpeggios do not require you to play all of the notes of a scale. An arpeggio only includes the notes of the chord you are playing, and not all seven notes in the scale. Arpeggios use the first, third, fifth, and eighth (which is the same as the first, but one octave higher) notes from the major scale. In the image below, you can see the full C major scale with the first, third, fifth, and eighth note highlighted in red! 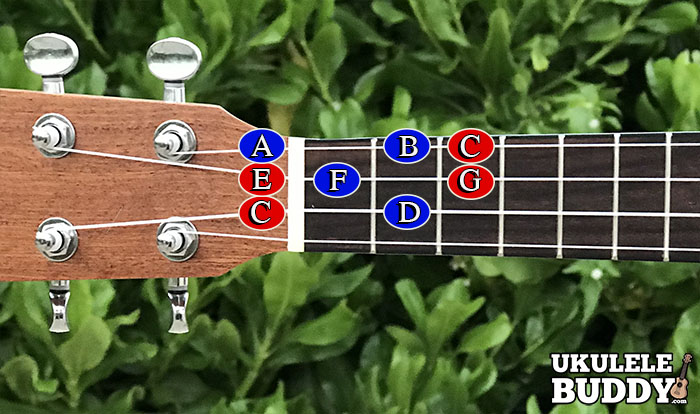 3. Why should I learn arpeggios?

Arpeggios are great for improving the flow and speed of your ukulele playing, as well as refining your fingerpicking technique. You can also use arpeggios as a basis for cool improvisation corresponding to the chords that you’re playing, or just as a warm up before playing a show!

4. How do you play an arpeggio on a ukulele?

To play an arpeggio, it helps to be familiar with ukulele scales. Playing a major arpeggio is pretty straightforward once you’ve got your uke scales down, because you will just be using the first, third, and fifth note from the scale. You’ve just learnt that the notes in an arpeggio are the first, third, and fifth notes of the major scale, so that would be notes C, E, and G for a C major arpeggio. Now to play it...


Below is an animated gif showing this example. The highlighted string is the one that you should pluck. Practice playing those notes in order individually and you’ve got a C major arpeggio!

Generally, arpeggios are played by starting and ending with the root note (first note). To play an arpeggio in this way, try out the above C major arpeggio in ascending order, then play it in descending order by going backwards after you’ve played the highest pitch C note. So, altogether you will be playing C (low) → E → G → C (high) → G → E → C (low).

The example above is just one way in which you can play a C major arpeggio on a ukulele. For beginners, it’s best to focus on learning one way to play an arpeggio. If you’re a more experienced ukulele player who knows the major scales inside out, you can have a go at playing arpeggios in different positions on the fretboard.

5. How do I make my arpeggios sound good on a ukulele?

In order to play an arpeggio that sounds nice, you need a good fingerpicking technique. We recommend that you use your thumb for the G string, index finger for the C string, middle finger for the E string, and your ring finger for the A string. Another tip is to use the ‘fleshiest’ part of your thumb/finger to pluck the string for a soft sound, or use the top area of your thumb/finger where your nail begins for a sharper sound. If you’re completely new to this, a good fingerpicking technique takes practice, so remember to take your time! 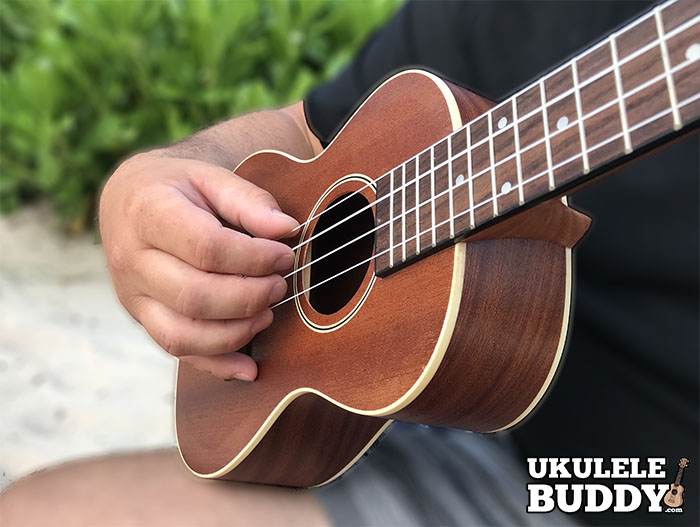 6. Which arpeggios should I learn on ukulele?